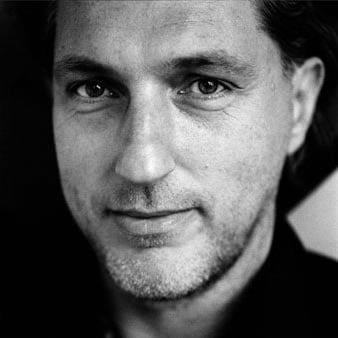 HP de Tijd (NL) December 2007: Selected as one of Holland’s 100 most influential people in Contemporary Design.

Identity (AE) November 2007: Selected as one of the “World’s 50 design icons”. Elected “Designer of the Year 2005/2006”, Elle Decoration International Design Awards. From The Observer (UK) September 18, 2005: “Marcel Wanders’ studio is one of the most inspiring powerhouses of multi-disciplinary design active today”. From the Washington Post (USA), April 2003: “Marcel Wanders, the design world’s favorite star.” Business Week (US) July 2002: Selected among Europe’s 25 leaders of change The Stars of Europe.”

Marcel Wanders also works on architectural and interior design projects and recently turned his attention to consumer home appliances and design partnerships with companies of the caliber of Puma, designing the “I hate camping” collection. Marcel was the editor of the International Design Yearbook 2005. In the same year, along with Chef Peter Lute, he created the extraordinary LUTE SUITES hospitality-concept, the first hotels in the world with suites boasting a panoramic view of the city. He also designed the interior of Blits, a new restaurant in Rotterdam and the interior of the “Thor” restaurant at the Hotel Rivington in New York including bar, lounge and private club. He is also currently completing the interiors of the Mondrian South Beach in Las Vegas and the interior design of the Villa Moda store in Bahrain. Marcel was the first and among the most important designers of Droog Design.

He has been a juror for various awards, like the Rotterdam Design Prize (for which his own products were nominated several times) and the Kho Liang Ie prize. He lectured at SFMoMA, Limn, the Design Academy, Nike, IDFA, FutureDesignDays and has taught at various design academies in the Netherlands and abroad. Also active in various charity organizations, Marcel founded the “Can of Gold” project in 2001 and has traveled to six countries to support local causes. Marcel was also recently awarded the “Visionaries!” Award from the Museum of Art and Design of New York and was featured in Gap’s Classics Redefined campaign photographed by Annie Leibovitz.

Many works by Marcel Wanders have been selected for the most important design collections and exhibitions in the world, including the Museum of Modern Art in New York and San Francisco, the V&A Museum in London, the Stedelijk Museum inAmsterdam, Museum Boijmans van Beuningen in Rotterdam, the Central Museum in Utrecht, Museum of Decorative Arts in Copenhagen and various Droog Design exhibitions.

Marcel has been featured on the covers of many of the leading design magazines and newspapers such as Domus, Interni, Blueprint, Design Report, Frame, I.D. magazine, Abitare, Wallpaper, Nylon, Elle Decoration, Icon, Vogue, Vanity Fair, Esquire, the International Herald Tribune, the Washington Post, the Financial Times, the New York Times and Business Week.