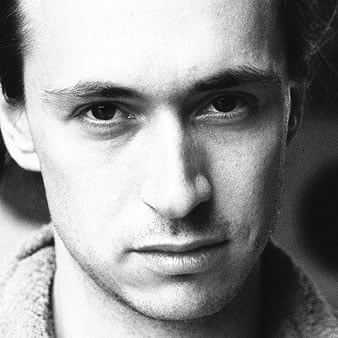 Marc Newson is one of the most accomplished and influential designers of his generation. At 35, he has already worked across a wide range of disciplines to create everything from chairs, glassware and a bicycle, to restaurants, a recording studio and the interior of a private jet for clients based in Europe, North America and Asia.

Born in Sydney, Australia, Newson spent his childhood travelling in Europe and Asia, before studying jewellery and sculpture at Sydney College of the Arts. He started experimenting with furniture design as a student and, after graduating in 1984, was awarded a grant from the Australian Crafts Council, and staged an exhibition – featuring the Lockheed Lounge – at the Roslyn Oxley Gallery in Sydney.

When the Japanese entrepreneur, Teruso Kurosaki, offered to put his designs into production, Newson moved to Tokyo, where he lived and worked from 1987 to 1991. Kurosaki’s company, Idée, manufactured such pieces as the Orgone Lounge, Black Hole Table and Felt Chair, which were widely exhibited in Asia and Europe. Newson set up a studio in Paris in 1991, and won commissions from prestigious European manufacturers including Flos for lighting, Cappellini and Moroso for furniture. He formed a joint venture, the Ikepod Watch Company, to manufacture the watches he designed, and produced limited editions of aluminium furniture including the Event Horizon Table and Orgone Chair.

As well as winning numerous awards, Newson has exhibited extensively. He created the Bucky, a sculptural installation, for a show at Fondation Cartier in Paris in 1995, and has staged retrospectives at Villa Noailles in France, and art galleries in Glasgow and Rekjavik. His designs have been acquired for the permanent collections of such eminent institutions as the Museum of Modern Art in New York, London’s Design Museum, Musée des Arts Décoratifs in Paris and the Vitra Design Museum. In 1997, Newson moved to London, where he and Benjamin De Haan set up Marc Newson Ltd, as a far larger studio capable of tackling a wider range of more ambitious industrial projects.

He has since achieved a longheld ambition of designing mass manufactured products by producing ranges of glassware for Iittala, kitchen and bathroom accessories for Alessi, and household objects for Magis, including the best-selling Dish Doctor dishrack and Rock doorstopper.