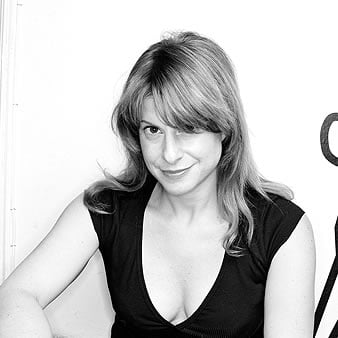 Laurene Leon Boym was born in New York City. From the time she was a teenager, she has been part of the creative subculture of New York City. A budding participant in East Village gallery group shows, she graduated from the School of Visual Arts, NYC (BFA–Studio Art, 1984). Subsequently, she earned a master’s degree from the Pratt Institute (MID Industrial Design, 1993) on a full academic scholarship. Her thesis project at the Pratt Institute became the subject of the groundbreaking exhibition, “Mechanical Brides” at the Cooper Hewitt Museum in NYC, where she served as Designer in Residence. In 1992 she founded The Association of Women Industrial Designers, and headed the organization until 1997. She has taught extensively in New York, first at the Parsons School of Design, and more recently, devoting herself to the School of Visual Arts prestigious MFA Design program.

From 1993 to 1995 she worked with high-profile design consulting studios Carbone Smolan and Smart Design. For the latter, she designed OXO, a complete kitchen tool line. In 1995, she teamed up with Constantin Boym at Boym Partners Inc. She then began designing watches for Swatch under the art direction of Alessandro Mendini, storage items for the German plastics company Authentics, and began a long working relationship with Vitra, manufacturer of office furniture. Over the years, Boym Partners have continued to work with many companies, including: Acme; Domestic; Flos; Gaia + Gino; Gourmet Settings; Hermès; McDonalds; Moooi; Swarovski.

In 1998, Boym Partners organized Souvenirs for the End of the Century, a collection of design objects for the millennium, that gained notoriety for its “Buildings of Disaster”, which in turn, became the most irreverent independent design project of all time. Works by Studio Boym Partners are on display at Moss Gallery in NYC. Exhibitions and installations have included: “Design and The Elastic Mind” at MoMA, NYC (2008) / “Heavy Metal” at Moss Gallery Art Basel/Design Miami (2007) / “Das Souvenir”, at Frankfurt Museum of the Applied Arts (2007) / Double Take, MoMA, NYC (2007) and the “100 Year Waltz” at Moss Gallery, NYC (2006). Their work is in numerous international museum collections. They have been recipients and finalists for many design awards, notably, the National Design Award in Product Design (2005).

Their work was the subject of two museum retrospectives: Oh Boym! in 2003, and America in 2006. “Curious Boym: Design Works”, a 220-page monograph dedicated to the work of the Boym Partners was published by Princeton Architectural Press in 2002 and, in 2005, a catalog of the “America” retrospective was published by Birkhauser.