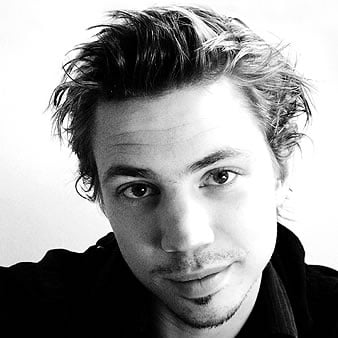 Joris Laarman was born in a small village in the countryside of the Netherlands, bordering with Germany, in 1979. In 1998 after one year of fine arts, he began his studies at the Design Academy Eindhoven. After graduating cum laude in 2003 he gained notoriety with his functional rococo radiator heatwave that was acquired by several museums and won several design awards. That same year he started his own independent Joris Laarman studio. It concentrates on product design and architecture, often combining a conceptual and poetic approach with style and engineering. In addition to a collection of highly unique product editions, he works for several well-known international industrial design companies like Flos, Artecnica, Swarovski, Droog and more.

Joris’ work is exhibited throughout the world at many fairs, museums and galleries. One of his most significant was the presentation of the “ideal house” project in 2006, exhibited at the IMM Cologne Furniture Fair. He contributed articles and seminars for Domus Magazine and has been a guest teacher at European universities, including the Architectural Association in London, Rietveld Academy in Amsterdam and the Design Academy in Eindhoven.

Selection of publications: Over the last 4 years Joris’ work has been published in all well-respected design/architecture magazines and newspapers around the world including The New York Times, Herald Tribune, Frame Mag, Domus, Archis, Axis, Icon, Vogue, Abitare etc. In addition, his work has been published in several books and catalogues about art and design by publishers like Phaidon press, Die Gestalten Verlag and Thames and Hudson.